Your life with center of Tokyo

Monzen-nakacho in which Saga, Koto city is located, has been popular as a residential area for commuters in the city center since the Edo period. The location and surrounding areas have a lot of greenery despite center of Tokyo. Nowadays, means of transportation has been developed, meaning the city became more convenient city than former city, and popular with people of all ages. 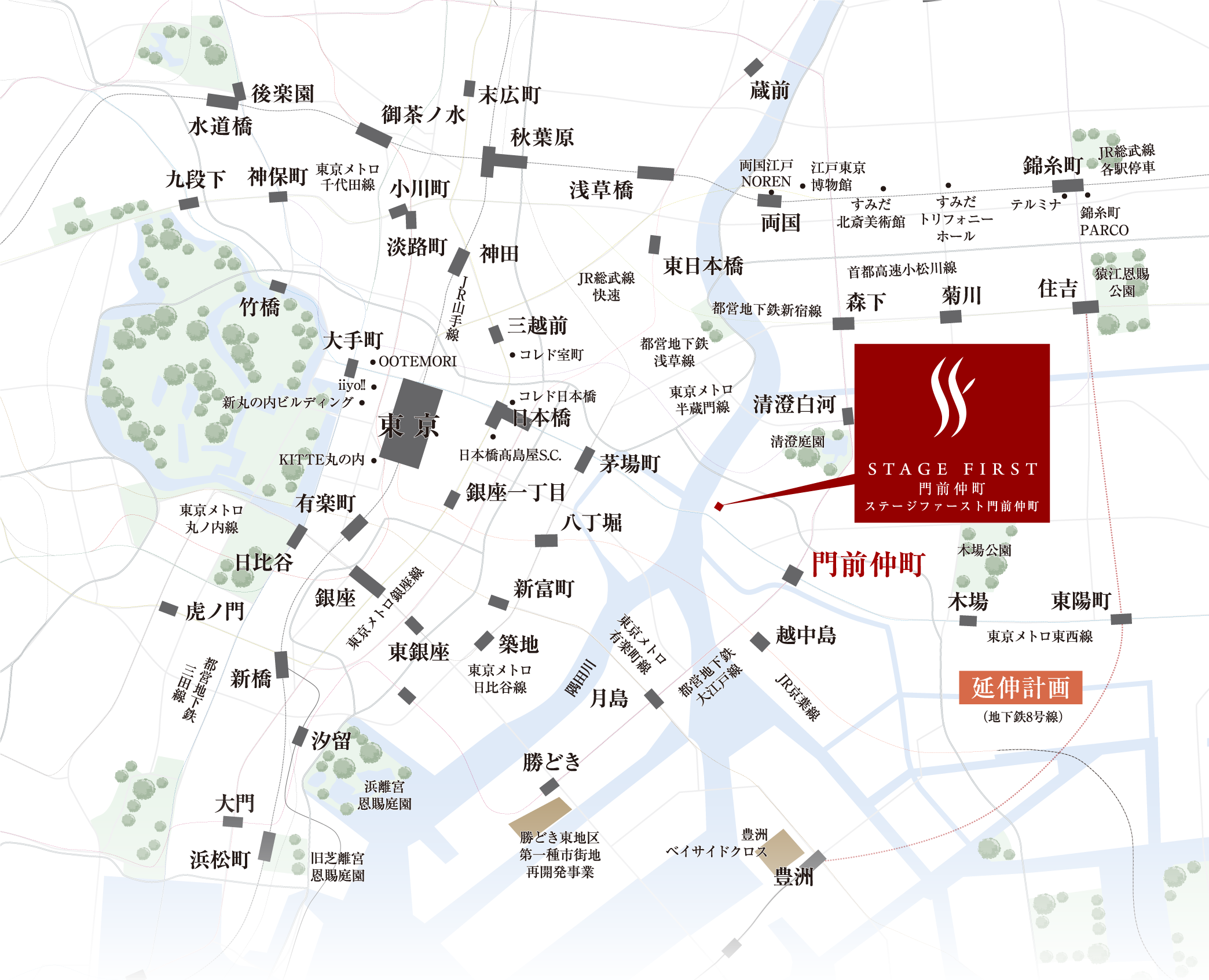 Tokyo leads that the generation all the time

The Tokyo Station, which is surrounded with a lot of business town and shopping area, is super convenient to access to anywhere. The exterior of Tokyo station of view that is composed of classic red-brick structure and high-rise buildings is very beautiful scenery and being known as a landmark for Tokyo.

Convenience and scenery of Tokyo Station has always been changed

TOKYO TORCH that has been in progress in front of Tokyo Station Nihombashi entrance. TORCH TOWER “B Tower” that will have the best class observation deck. Furthermore, when the building is completed, it will be the highest building in Tokyo. The purpose of project is aiming to embody new Japan.
Note: Copyright © MITSUBISHI ESTATE Co., Ltd. All Rights Reserved.

Big terminal that has various lines

Otemachi where there are many head offices, financial institutions, major banks, and famous as a center of Japanese economic. Recently, large-redevelopment plans have been working. Also, Daimaru area in which some companies are located collaborated between companies in different industries for new businesses so they attract number of large people.

Otemachi one is new landmark for Otemachi area

As you know, Otemachi one that was one of biggest Otemachi’s redevelopment was opened in Jun 2020. it has offices, about 30 shops, hotel and convention hall. International conference and various concerts will be held.

A town known as a symbol of prosperity with historic buildings

Nihombashi area is also known as an important cultural property, ukiyo-e is famous as a symbol of the downtown area that has developed since the Edo period. Nowadays, there are depart with long history, commercial facilities, office buildings, international hotels and so on, Nihombashi is place where traditions and moderns coexist.

Complex shopping facilities that have both history and newness

The shopping facility which has various shops such as new business style well-known shop, shops with long history, which grew together with Nihombashi’s history. Also, it has one of biggest multipurpose hall in Nihombashi area so we have high hopes for the facility. 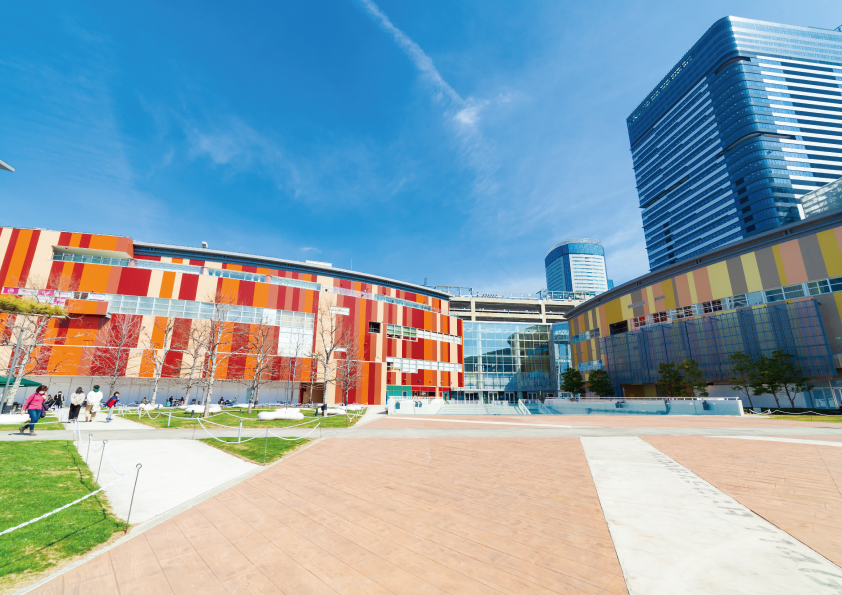 Bayside Tokyo has been developing as a future of city

One of the biggest shopping complexes in Tokyo waterfront

It is a large shopping complex consisting of a shopping mall with about 200 stores., theater, mall, spa, hotel, sports entertainment plaza and so on. Furthermore, the lush outdoor terrace dining where you can enjoy the production of light, sound, water, and images, and the restaurants and food court boasting a wide variety of products are also attractive.

Convenient facility as it has offices, stores, hotel

Toyosu bay side cross, which is opened in Jun 2020, is connected to Toyosu Station by pedway is consisted of shopping complex, offices and hotel. The facility has 36 shops from 1st floor to 4th as a Toyosu LaLaport3, meaning with Urban dog LaLaport’s shops, number of shops come to about 230 shops altogether.

Toyosu Market is huge central wholesale market, which was built as an alternative facility of Tsukiji market.It will develop as a food sightseeing spot and distribution of goods base. Also, in the area across the intersection, New facility will be built for tourists.

In the area Kachidoki and Harumi, large-redevelopment plans have been working including building two high-rise building. The near future, this place will be more convenient city as a city of future and it attracts number of large people.

HARUMI FLAG was built as an accommodation facility for athletes, the building will become a condominium after sport event, meaning that building will be large-scale residential which has added value.
Note: HARUMI FLAG news release.

A large-scale commercial and residential complex building with a total of 2,762 units boasting a magnificent scale that is connected to the Kachidoki Station a 1-min on foot will be built by redevelopment.
Note: Copyright (C) 2017 Tokyo Metropolitan Government. All Rights Reserved.

This town where garden with long history and nice shops coexist

You can enjoy going for a walk around here after spending time at Kiyosumi garden because there are a lot of unique cafes, variety shops, toll shops and Japanese sweets shops around Kiyosumi garden which has nature. 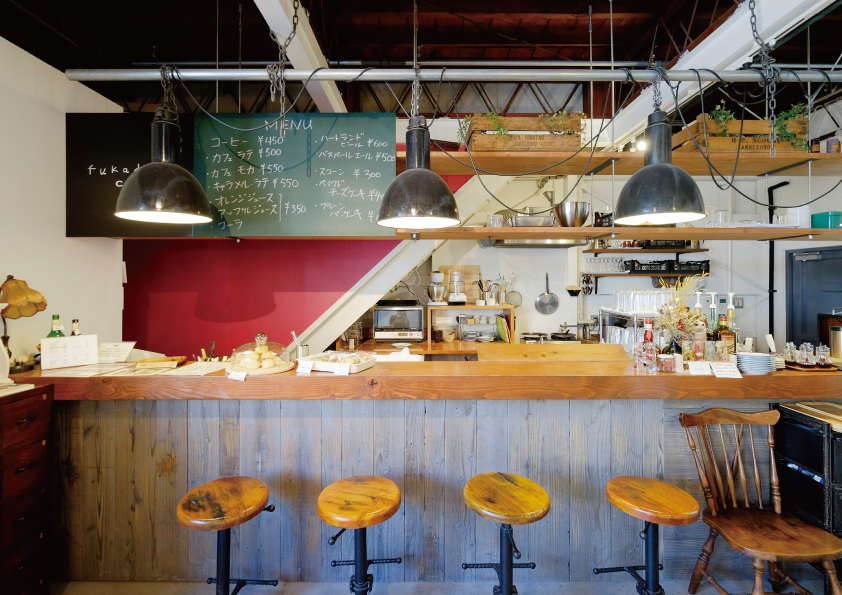 The building, which used to be an apartment and warehouse, has been renovated, and cafes and general stores are lined up in a hallway that looks like a school. There is café called fukadaso café in the corner of building which has comfortable atmosphere. it is recommended to relax it here after shopping. 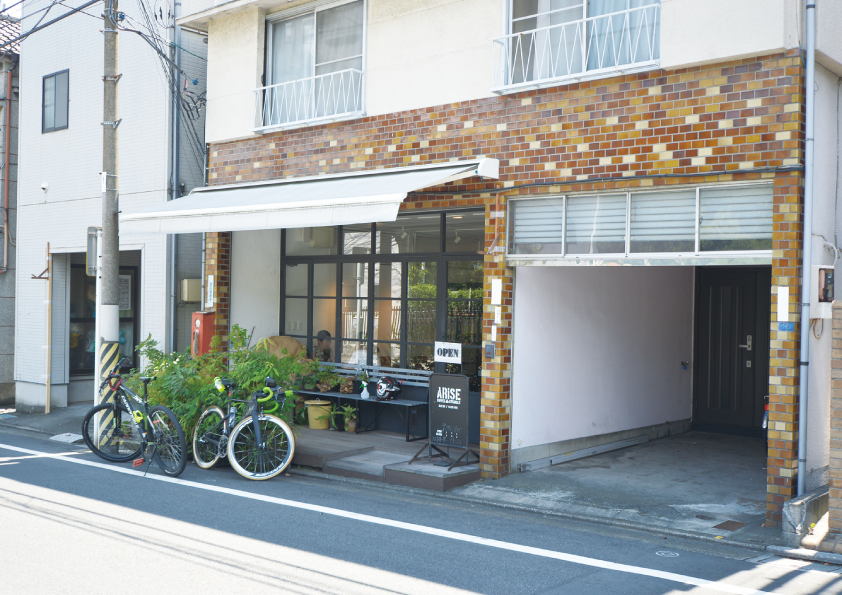 Enjoy having exquisite caramel custard at restaurant as a European cafe

ARiSE Coffee Entangle that has old-fashioned atmosphere is nearly located to Kiyosumi garden, where you can feel the greenery and wind of the garden. One of the most popular meal they sell is caramel custard which is with condensed milk kneaded on a cocoa-flavored sponge so many people visit to here to have it.

It is possible to spend comfortable at Kiba park where time goes by slowly and peacefully. There are many restaurants such as cuisine restaurants and organic cafes, meaning this location is good.

Inside of restaurant in which lush green nature are harmony. Furthermore, there are lots of foods such as quiche and beef tongue Japanese black beef carpaccio that are only available this restaurant. 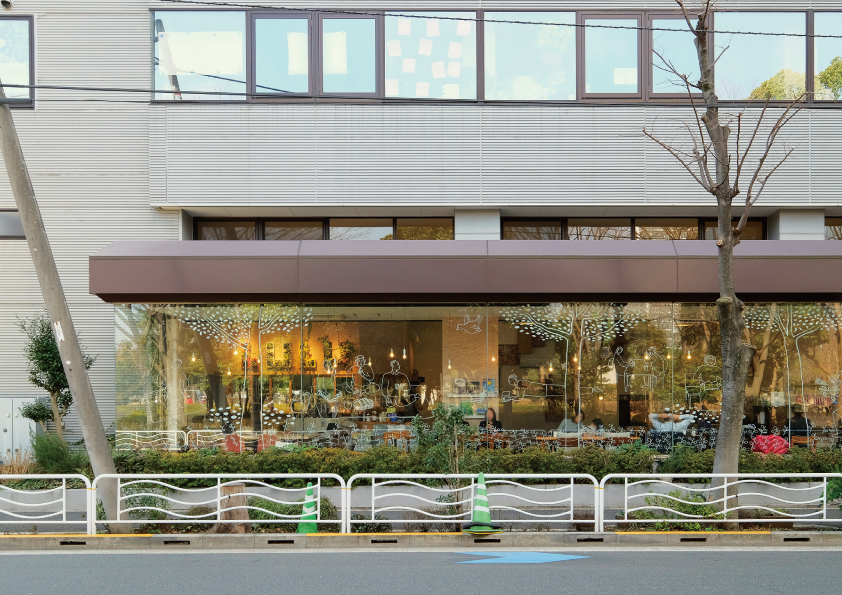 This cafe has antique furniture, cushion floor, relaxed chairs, stylish coffee cups. Also, the foods they sell are all organic meal. They are attractive.

Tokyo University of Marine Science and Technology “Etchujima Campus” is a 10-min on foot from Monzen-nakacho Station on the Tokyo Metro Tozai Line.

Kyoritsu Women’s University “Kanda Hitotsubashi Campus” is a 3-min on foot from Takebashi Station on the Tokyo Metro Tozai Line.

Senshu University “Kanda Campus” is a 3-min on foot from Kudanshita Station on the Tokyo Metro Tozai Line.

The Nippon Dental University is a 6-min on foot from Iidabashi Station on the Tokyo Metro Tozai Line.

Tokyo University of Science “Kagurazaka Campus” is an 8-min on foot from Kudanshita on the Tokyo Metro Tozai Line.

WASWDA University “Toyama Campus” is a 3-min on the Nihombashi Station on the Tokyo Metro Tozai Line.

Gakushuin Women’s College is a 10-min on foot from Waseda Station on the Tokyo Metro Tozai Line.

Meiji University “Nakano Campus” is an 8-min on foot from Nakano Station on the Tokyo Metro Tozai Line.